Since years, Kerala has been described by philosophers and historians as God’s Own Country’. It seems true when one looks at the number of places of worship and pilgrimages situated here. It isn’t the fact that the pilgrimages located here belong to a particular religion. You can see from the cultural and religious diversity in the state, which India is so proud of. ‘God’s Own Country’ hosts a number of religious festivals throughout the year. Almost every Temple or Mosque in Kerala has its own festival, which are celebrated annually by the devotees with much pomp and show. 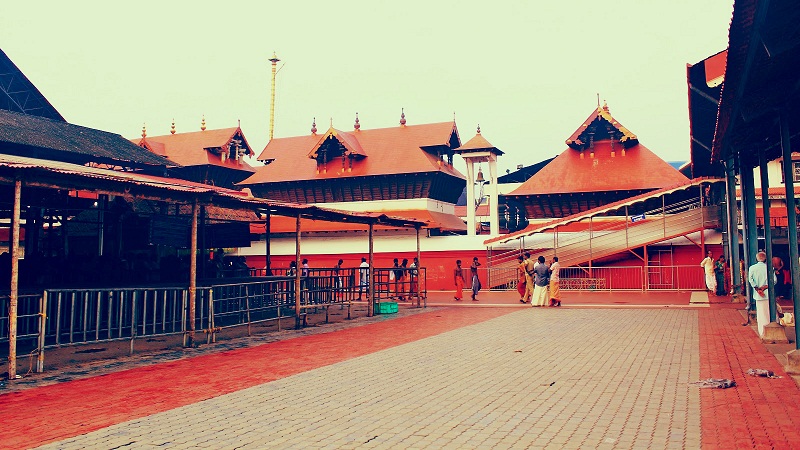 Guruvayoor is the very famous temple town of Kerala state. Lord Krishna is the idle here. It is located in the district of Trichur. According to the legends, the deity worshiped here is more than 5000 years old. The Krishna temple in the town of Guruvayoor in Kerala is one of the five famous Krishna\Vishnu temples in India. The others are Jagannath Puri in Orissa, Venkatachalapati in Andhra Pradesh, Nathdwara in Rajasthan and Dwaraka in Gujarat. Even though the idol in Guruvayoor is that of Vishnu it is still known as a Krishna temple since the boy Krishna is always said to be running around incognito in the temple precincts. Guruvayoor is known as “Bhuloka Vaikunta” or the abode of Vishnu on earth. The temple is located at a distance of 29 km from Trichur. Strict dress code is observed to enter the temple for both males and females. 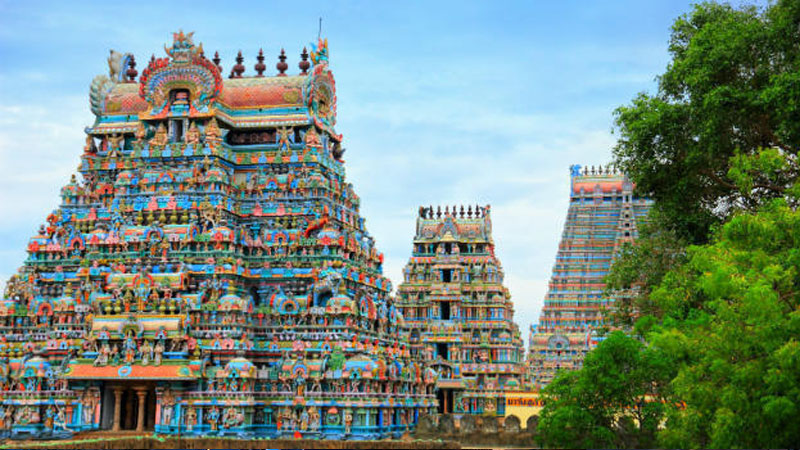 Meenakshi Temple is a historic Hindu temple located on the southern bank of the Vaigai River in the temple city of Madurai, Tamil Nadu, India. It is dedicated to Meenakshi, a form of Parvati, and her consort, Sundareswar, a form of Shiva. The temple forms the heart and lifeline of the 2,500-year-old city of Madurai. Historical evidences of the temple are found dating from early AD century and the temple finding literature mention from at least 7th century AD.